Yes, you read it right, the “Bhai” of our industry is now having a weapon too. Talking the reason why Salman Khan even applied for a gun license in the first place is, so it is because of constant threats which were being made to his life by Lawrence Bishnoi leader of the Bishnoi gang. The first time these threats were made was in 2018 and that was the time when Salman Khan did not take the threat seriously in recent times according to sources, Salman Khan was again threatened and this time he took the threat quite seriously and immediately acted upon the threat. By acting upon we mean that he firstly filed a case against Lawrence Bishnoi and after that he was advised by the security officials and by his legal team too that he should carry a weapon along and because of that advice which salman khan got from the people he applied for the gun license and now salman khan is a gun license holder and can legally carry the weapon along with him. 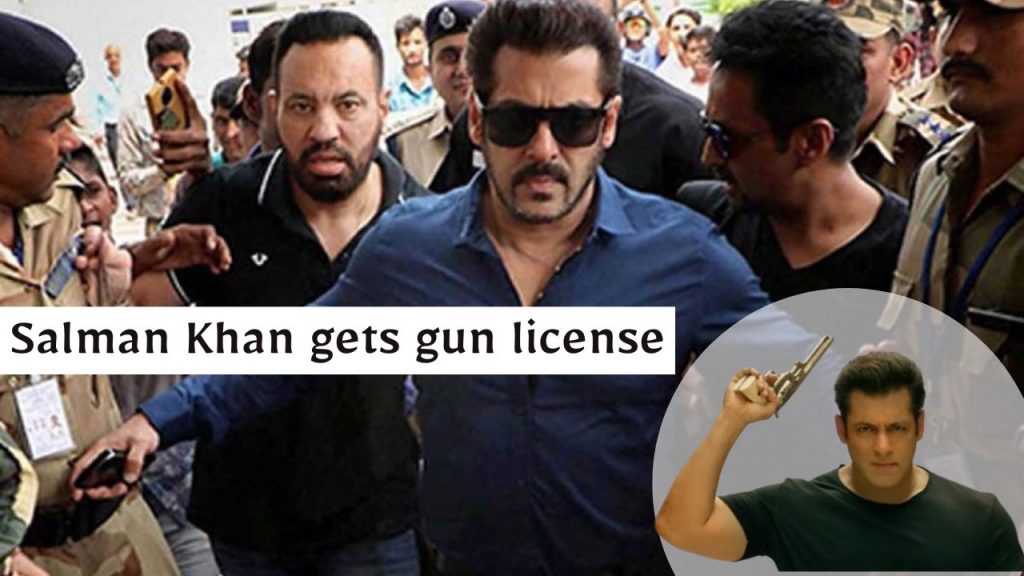 WHO IS LAWRENCE BISHNOI?

If we talk about Lawrence Bishnoi he is a gangster who is currently lodged in Tihar jail number 8 in a 2021 case of arms smuggling. He has been lodged in Tihar jail for more than one year now this happened when Delhi police filed a complaint of anti organised crime law, MCOCA act against Lawrence Bishnoi. He came to the limelight recently after everyone got to know that he was the mastermind behind the execution of the assassination of Sidhu Moosewala and now again he is in the limelight for targeting yet another famous name in the industry that is Salman Khan. Also in the interrogation, he told that there were many more people whom the Bishnoi gang was going to threaten for extortion money one of the famous names was Karan Johar. According to the police, he has been neutralised especially after what he did as the mastermind of Sidhu Moosewala’s assassination.

3) Salman to take a whopping 800 crores Rs. of the amount to host the 16th season of Big Boss every time we hear that this season is the last season of Salman Khan as the host of Big Boss but again our Bhaijaan returns to be the only host of the popular reality show.

Do let us know how much you liked all the news about Salman Khan by commenting below and also share it with your friends family and colleagues.